The film evening is planned but the budget is modest? We introduce the best sites for you to watch movies and series for free.

The Internet is a real treasure trove, especially when it comes to the selection of free content such as music, books, and also films and series. TECHNOLOGY BUTTON has selected the best streaming platforms for you, which offer films and series free of charge in English and German. 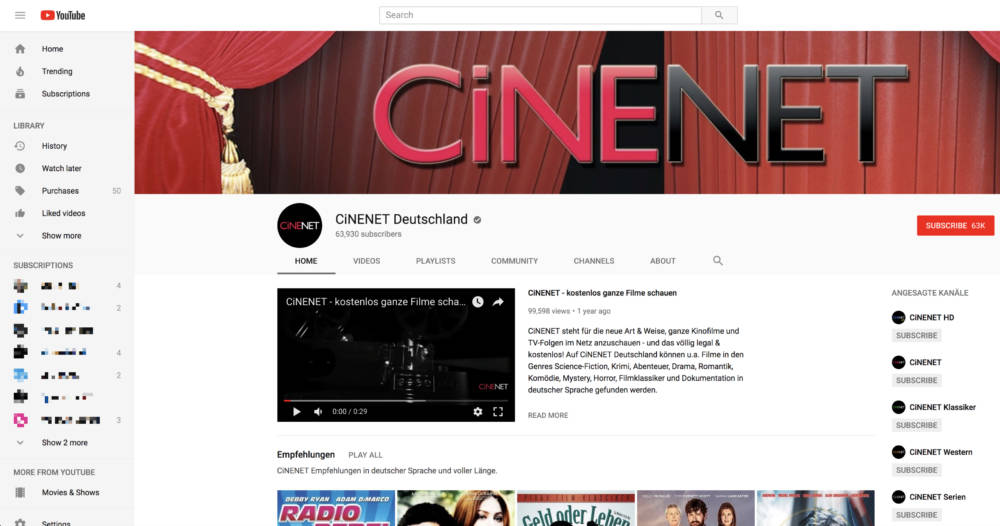 YouTube is an excellent first point of contact when looking for free films and series, as many providers such as Netzkino and Cinenet Deutschland have their own YouTube channels, on which a huge selection of films is already available. Some TV series can also be found in the video portal, especially if they are a bit older. If you are not into synchronized films and series and are more interested in the original versions, you will find an even larger selection of free content in different languages on channels like Popcornflix .

With over 2500 films on offer, Netzkino is probably the largest German provider on our list. The service offers apps for Apple’s App Store, Google Play, the Windows Store and Amazon’s Fire TV. This means that Netzkino works not only on smartphones and tablets with iOS and Android, but also on Windows PCs and Smart TVs. TV manufacturers such as Samsung, LG and Sony also support the network cinema app. The provider also has a YouTube channel on which new films appear every day.

Also interesting: 52 paid apps that are free for a short time Watchbox offers over 1300 films and many series from almost all genres for free. However, the focus at Watchbox is mainly on anime series. Around 70 of these are offered on the platform, including classics such as Naruto and Yu-Gi-Oh! Since March 2019, Watchbox has been a channel for the RTL Group’s offer on TVNow. Much of the content is still free, but some require a premium account.

Since June 2019, the provider Joyn scores with the combination of on-demand offer and free TV streaming. There are more than 50 live broadcasters via stream. This includes, for example, ProSieben and Sat. 1, but also ARD, ZDF, Comedy Central and DMAX. Joyn only has to do without the broadcast package from the RTL Group. The new provider also provides on-demand content that can be accessed at any time and used free of charge. Here you also get access to exciting Joyn’s own productions, such as “jerks.” Most of the content is available free of charge. You can access it either via the browser or via the Joyn app.

Films and series in English

The subsidiary of the largest independent film distributor Screen Media Ventures has set itself the goal of being the most user-friendly film streaming point on the Internet. It is not for nothing that each of the more than 1500 strips can be reached with a maximum of two clicks. The series range is also extensive and just as easily accessible. Popcornflix offers apps for iOS, Android, Apple TV, Roku, Amazon Fire TV, Xbox and Chromecast. But be careful: Due to geoblocking restrictions, unfortunately not every film is available in Germany. 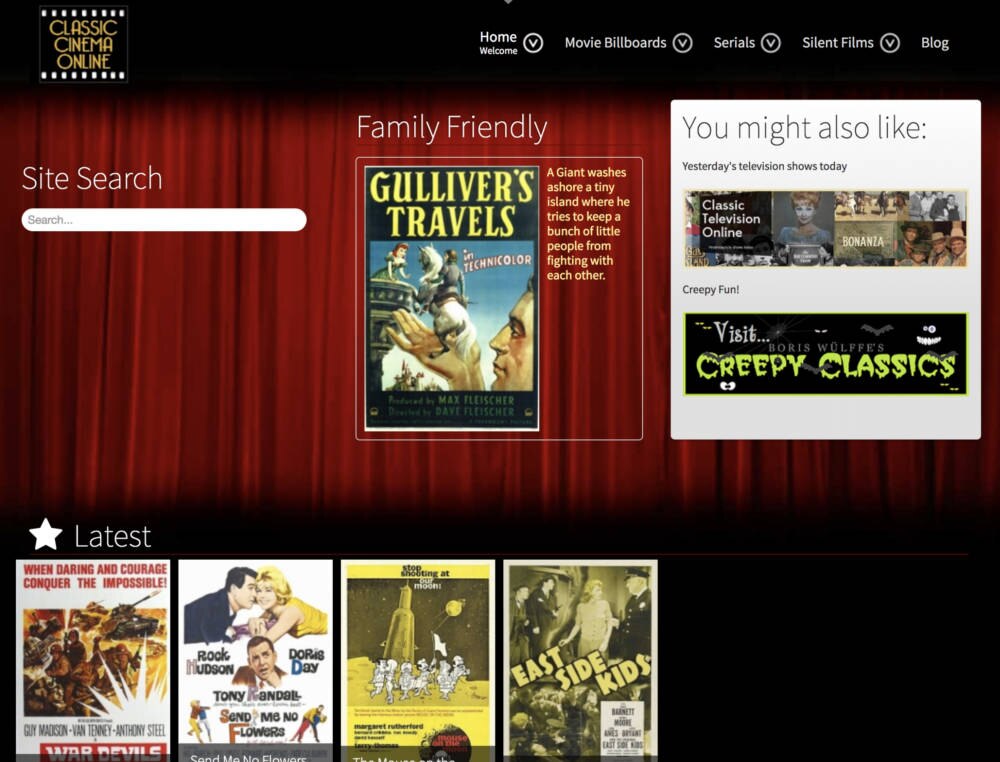 The Classic Cinema Online site is without question the strangest on our list. Classics from all over the network are bundled here and made available to the user free of charge. The range includes films and series mainly from the 1930s and 1940s, but some later titles from the years after can also be found in the huge range. If you are looking for an old spaghetti western or want to see how science fiction filmmakers from the 50s and 60s imagined the future, this is the place for you. And if you generally like old films, you can also get great inspiration here.